Patty is the owner director of Legacy Jacksonville and a native of Boston.   During her competitive years she placed 2nd at the New England Oireachtas and top 5 numerous times. She was 5th at the National Championships and a multiple World Championship qualifier.

In addition Patty was a 6 year member and captain of the NFL's New England Patriots cheerleading team as well as being voted to the Probowl cheer dance team.   She is currently the liason between the alumni organization and the N.E. Patriots.

After her NFL career Patty moved to Toronto, Canada and became the director and choreographer of the CFL's Toronto Argonauts cheerleading team. She has judged  NFL, CFL, and OHL cheerleader auditions and continues to consult for pro sports teams most recently Ottawa’s CFL team the Redblacks.

​ In March 2010, Patty passed the prestigious ADCRG exam making her the first adjudicator in Missouri. 2014 brought Patty to Florida.  It is here that Brent, Abbey and Patty decided to join talents and experience and open a NEW school together!!!…LEGACY!

Patty loves to challenge her students and watch them grow as confident young adults. She believes in encouraging great sportsmanship, and balancing hard work with FUN!

All Legacy teachers/adjudicators are registered with the Irish Dance Teachers of North America and The Irish Dance Commission of Dublin. They have undergone child protection training and Commission-required background checks. Please see home page for link information. 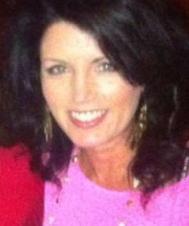 Brent co- owner of Legacy Sav/Charleston. He began in Irish Dance in 1988 and helped found the Drake School in 1990.  During his competitive dance years, he won three Eastern Regional Oireachtas Competitions, a National
​Championship in 199​8, and competed in five World Championships.

Brent  has performed with the Chieftains, Cherish The Ladies, the Wolf Tones, Eileen Iverson, and many other well know Irish musicians. He was also an  original cast member of the show "Common Ground."

His continued love of Irish Dance led him to become a member of the Irish Dancing Teachers Association as a licensed TCRG and Director of the Drake School Carolinas.

He has now combined his talents and love of Irish Dance with Abbey Pride, and Patty Darrah to create Legacy.  Brent has an unbelievable focus on his students, giving them the tools and support they need to grow as dancers and individuals.

​​​Deirdre started dancing in the Atlanta area at the age of 8. After years of competitive and performance Irish dance, Deirdre began teaching beginner Irish dance lessons for a local church while in high school. Deirdre moved to Savannah to attend Nursing school and wandered her way into the Legacy Irish Dance Academy as a stress outlet. That’s when her love of teaching came to light. Deirdre assists in teaching and focuses on the performance side of Legacy’s program. Deidre loves to pass on  not only dance, but many of the stories and traditions passed down through her Irish lineage.

Deirdre enjoys sharing her heritage with her students and helping them realize their true potential and capabilities. Creating a fun and welcoming environment for all children is of utmost importance.

Deirdre is a registered nurse at a local hospital. She has also earned her masters degree in business administration. These skills have lead Deirdre to the role of managing our Savannah location. 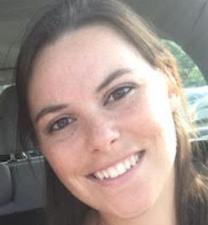 ​​​Originally from St. Louis, Becky is a former Open Champion and World Qualifier. She placed top 10 in the Midwest Oireachtas and a member of Lavin Cassidy championship Ceili teams!

In addition to her dance skills, she brings even MORE to the Legacy Teaching team! She has dual degrees in elementary Ed/Special Ed and a Masters from FSU in Special Education.  Becky is in her 16th year at Julington Creek Elementary as the ESE team lead teacher.

Becky is our Assistant Studio Director in Jacksonville and is looking forward to taking the TCRG exam when tests are allowed to resume. Becky is a positive soul who has shown SO much support to our dancers the last few years. We are very lucky to have this former Open champ join our crew!  Becky is the proud mom of 3 children, including Harper who placed 10th at National Championships! 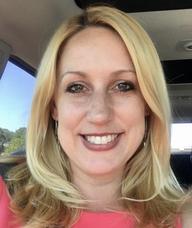 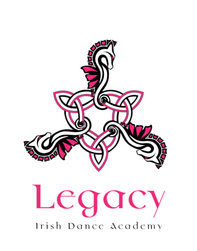